While I'm reeling through the art and design books that have made an impression, I must back up a little more and include this one last nostalgia kick before we roll back into first gear. Why include this seemingly randomly numbered copy of the galaxy's greatest comic? Well, it's the one that began a long unbroken subscription, lasting at least until art college I think. It was funny, it was cartoon violent, the art was fantastic, it was 26 pence (earth money). I'd probably had the odd earlier issue, but this was a full on newsagent commitment, to be picked up by bike on a Sunday morning rain or shine. Shortly after this issue the paper and size changed, and a bit later still the logo got spruced up, but this pulpy squarish mostly black and white comic still seems pretty good to me. 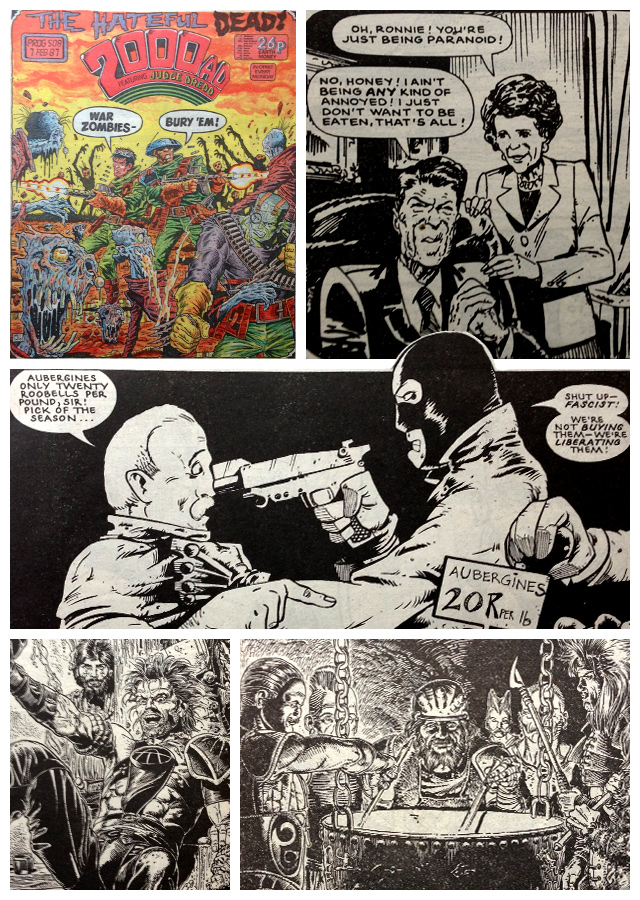 The galaxy's greatest comic is now available on the iTunes store for iPad/iPhone.