Rolling back to 1983 an excited boy went to see the third in a fantastical series of films, and acquired this slim book on the way.

I'd never seen anything like it - a neat story synopsis followed by detailed pre-production notes, tales from the shoot, post-production special effects taken apart and described.

Concept art! Fantasy vehicle blueprints! Matte painting explained! Giant models shown in progress! How exciting! "Art of..." movie books are common now, and with the rise of CGI images less about physical modelling and logistics, but this slim volume was just the ticket for a 10 year old making unofficial Lego Star Wars and getting a lot out of drawing and early computers. Crazy times. 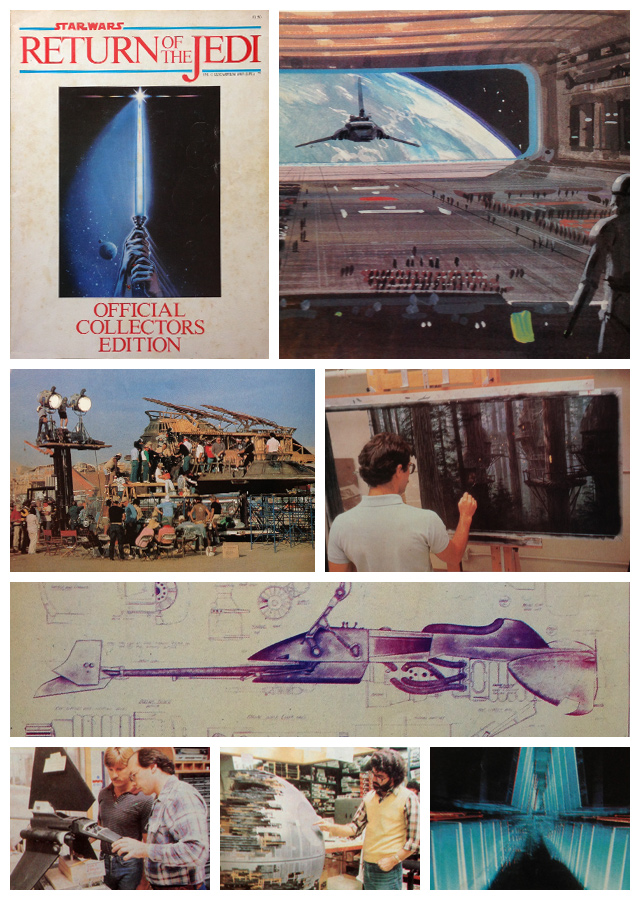 They must have sold millions, it's relatively cheap and available on Amazon